For the past dozen years I’ve lived in a neighborhood in Boston called Allston. Think Venice Beach, with maybe a touch of St. Mark’s Place. It’s full of students, mustachioed, tattooed hipsters riding bicycles, and there are still punks leftover from the 80s. This year a civic board I sit on for the community built a pop up skate park/vintage market/bike co-op/event space. It’s as weird and wonderful as it sounds. 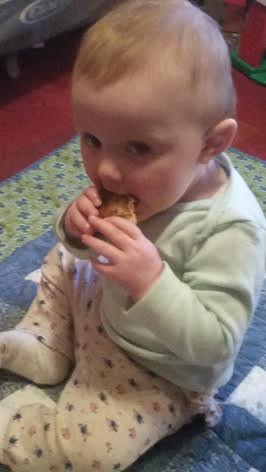 Being the student enclave, Allston is where you go for cheap eats and to find food from around the world: Chinese, Japanese, Thai, Taiwanese, hot pot, Venezuelan, Honduran, Korean, Burmese, Vietnamese, ramen, Lebanese and Indian. It’s got some of the best beer bars in Boston, and a thriving vegan scene. The girls’ day care is also in the neighborhood, in a building just behind some of the best restaurants in all of Allston. There’s Lone Star Taco, where I get my amazing nachos. Deep Ellum, which shares a kitchen and an owner with Lone Star, has incredible beer, remarkable cocktails and it cures its own lox. You’ll never have vegan ice cream like they sell at FoMu any place else. Whole Heart Provisions does this thing with a seared avocado and crispy lentils and za’atar that’s just… wow.

And then there’s Lilli’s favorite restaurant, Roxy’s Grilled Cheese. The restaurant started as a food truck; they still are on the road and share the parking lot with Lilli’s daycare. We passed one of the trucks leaving the lot today, and she pointed and said, “Grilled cheese truck!” You can get a cup of tomato soup with your sandwich, or some poutine, or even grab a burger and a nice beer. There’s also an old school Ms. Pac-Man to play, along with a pinball machine. 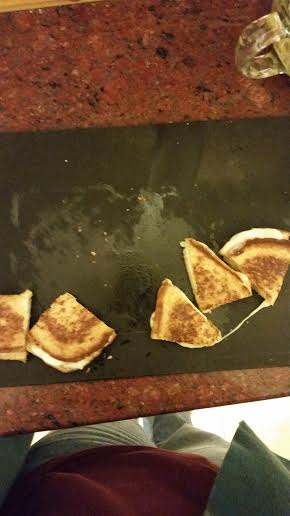 As you can imagine, getting out at all is tricky with a toddler and a baby, but I am here to report that, after close observation at Roxy’s, as well as making dozens of them in my own kitchen, I have perfected the grilled cheese sandwich. It’s kind of like America’s Test Kitchen around here, but for grilled cheese. (Rich could write much the same for French toast: frequently requested, hardly ever “actually” eaten, to use the toddler’s new favorite word.)

Today I offer tips and tricks from extensive research, rather than a definitive recipe. This is not cave-aged gruyere on artisanal sourdough. My kid eats provolone (“circle cheese”) on challah or white bread. To my own taste, there’s something to be said for rye with a nice, sharp cheese. A college classmate of mine who’s now a junior doctor in London (damn you, Jeremy Hunt!) swears by Munster cheese, although she says it’s impossible to find over there. I know people enjoy caramelized onions, or maybe some mushrooms or sautéed greens. All are good.

On Making A Grilled Cheese Sandwich

I prefer non-stick and Rich prefers his cast iron. Whichever you do, go you low and slow. Put your stove top on medium, then turn it just a touch towards low. Your sandwich might take about 15 minutes to make, but it’s worth the time.

Here’s the big reveal: Instead of buttering the outsides of your bread, use a thin layer of mayo. (Hellman’s if you’re on the East Coast, Best if you’re out West.) Over the past few weeks I’ve tried to measure out how much that would be – a teaspoon? Two teaspoons? A tablespoon? — but I’ve realized it will really depend on what size bread you’re using. But the mayo is what makes the bread that deep brown, and greasy in the best way possible.

I also don’t assemble my sandwich on the counter. Once my bread is shmeared, I turn to my heated skillet, add a generous tablespoon of butter, watch it melt, then put a slice of bread down. Then I add my cheese – at least two slices – then top it with the second piece of bread. Fry that sucker for a good six minutes, then gently lift up a corner and admire how nice and golden it’s turned. Flip with a spatula, slide a second pat of butter on the pan, then cook until golden and gooey.

Finally, and this is key, once you’ve finished making your grilled cheese, quickly remove it from the pan, slice it in half, then prop the two pieces on their side on a cutting board. This will cool it down enough to eat, and will prevent the bread from getting soggy. Then you can proceed to cut it into toddler-sized triangles, or squares, or “squares and triangles” as has been the request this week. (The geometry on that one took me back to high school math.)

So, yes, fried, mayonnaise-slathered, grilled cheese, for the toddler. Judge away. She’s so tiny that she needs the calories however we can get them in her. And she barely eats half of what we give her, anyhow. Which means we (mostly Rich) gets to eat a lot of grilled cheese. And French toast.

One thought on “Hipster, Meet Toddler”