My Cousin Larry is moving to the South of France in just about a month. He’s looking forward to leaving Trump and all his madness behind. He makes a point to say that Trump is not the cause, but a symptom of much larger problem. I don’t disagree.

Cousin Larry is probably the best family member to do “family.’’ He can be counted on to attend all family simchas, like weddings, baby namings, and bat mitzvahs. And he was key to the Weinberg Family Reunion in London back when I was pregnant with Beatrix. In August, when Lilli and I cat sat in New York City for a week, we met up one afternoon and saw the Calder exhibit at the Whitney. Afterwards, we took Lilli to a candy shop, and then journeyed to Dominque Ansel Bakery during which Cousin Larry and I discovered that our behavior around baked goods — and as it turns out, cruise ship buffets — was shockingly similar. It was as if we were related or something!

Larry’s also the family genealogist. So a few weeks back, when he was visiting Aunt Sydney to review old photos and the family tree he’s painstakingly put together, he made a point afterwards to come to our house for a meal and a nice long afternoon visit.

Because his wife Ashley is allergic to nightshades, I made a point to serve all sorts of things he usually has to avoid, like cauliflower stew and marinated roasted peppers with fresh mozzarella. We also had a farro salad with Castelvetrano olives, walnuts and golden raisins, and roasted broccoli. 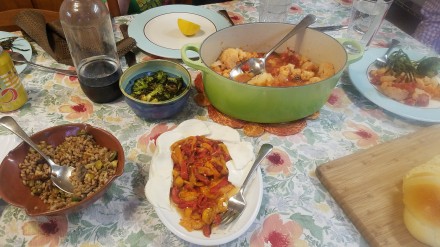 And then we had this lemon pie for dessert. As I’d mentioned back in the fall, I’ve been on a pie kick, and this has become my go-to “I’ve got nothing in the house, but I can make fantastic a pie in no time flat” recipe.  I’ve taken to keeping sweetened condensed milk and graham crackers on hand for this recipe. Lemons are something you should always have on hand. Limes will work too.

The crust is the same as for this peanut butter chocolate pie, and is originally from Food and Wine’s Desserts cookbook. I use it all the time now. I even purchased Kosher-for-Passover Graham crackers and brown sugar for the holiday. Now I can whip up pies on a moment’s notice for unscheduled visitors. Or just because.

Because every recipe I’ve read for this sort of pie has you add room temperature eggs to the mix, do yourself a favor and take two eggs out of the fridge and place them in warm water as you make the crust. It will make things move along that much faster.

At some point we will make it to France to see Cousin Larry in his chateau. He’s already scoped out the best place to buy pastry for when we come. 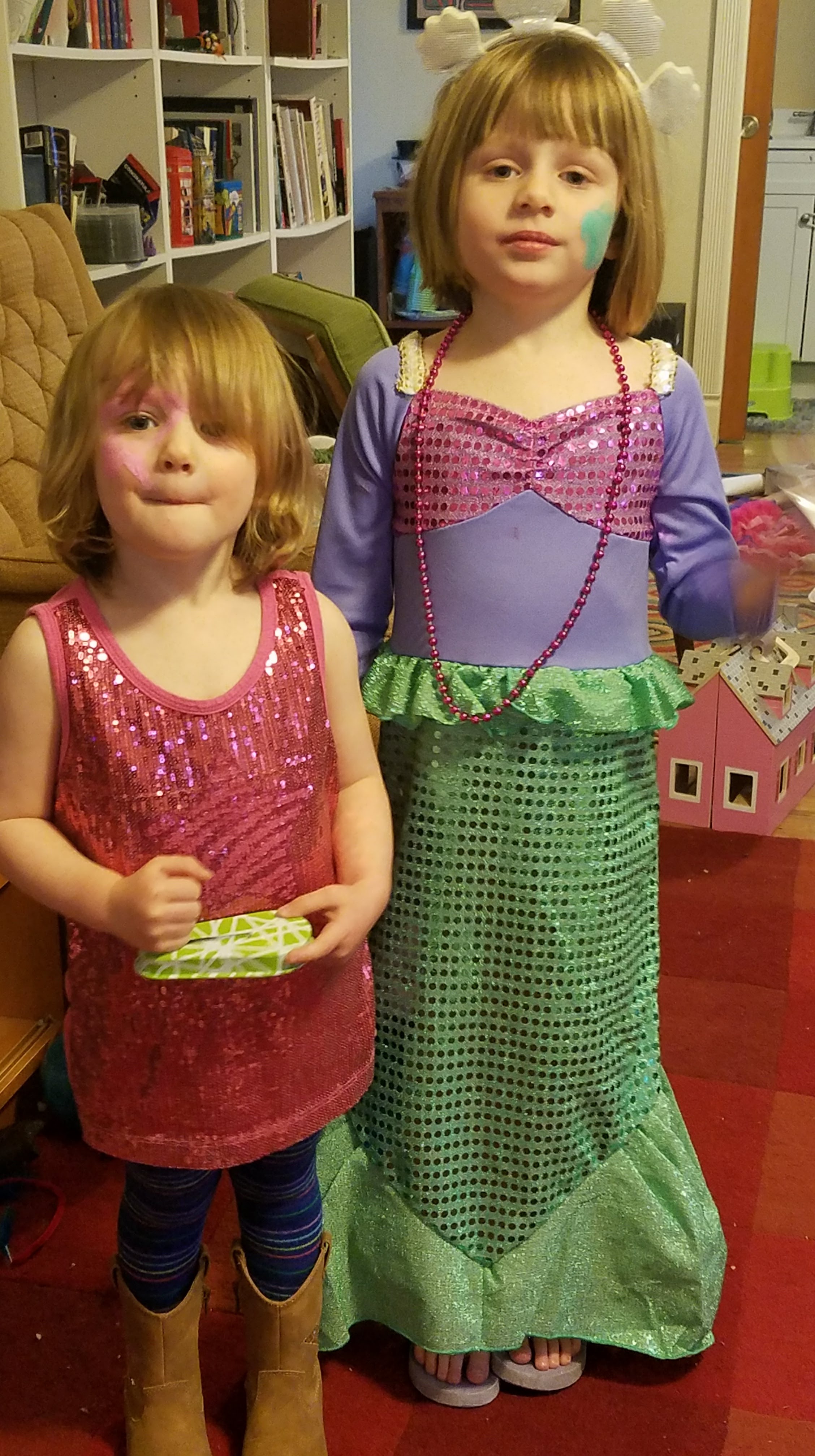 Juice of 2 lemons, plus their zest

1 cup heavy cream (Or use 2 cups if you want a very dramatic pie.)

Before you begin making your crust, place 2 eggs in warm water to bring to room temperature.

In a food processor, pulse the Graham cracker crumbs with the melted butter and light brown sugar until the crumbs are moistened. Press the crumbs evenly into a 9-inch glass or metal pie plate. Bake the crust for about 10 minutes, just until lightly browned. Let cool.

Meanwhile, make the filling. In a large bowl, whisk the lemon juice with the lemon zest, condensed milk and eggs until smooth.

Pour the filling into the cooled crust and bake for about 20 minutes, until set around the edges and slightly jiggly in the center. Let pie cool to room temperature, then refrigerate until you serve it, at least two hours.