Israeli food is having a moment. There, yes, but also here. There is (or was) James Beard award winner, Shaya, in New Orleans, the Tatte empire in Boston, not to mention Einat Admony in New York City. And of course, across the pond, Ottolenghi. But maybe the biggest name in American-Israeli food right now is Philadelphia’s Michael Solomonov. Rich and I have been following him since we went to Zahav back in 2010. When we went to Philadelphia for vacation this summer, we ate at his hummus bar Dizengoff with Sylvie and Miriam and Leo, after watching the eclipse at the Franklin Institute. And we brought pretty much everything on the Federal Donuts’ menu to my dear friend Carly’s in the Philly suburbs. (Rich lost his mind when he discovered that she lives three blocks from Tired Hands brewery.) 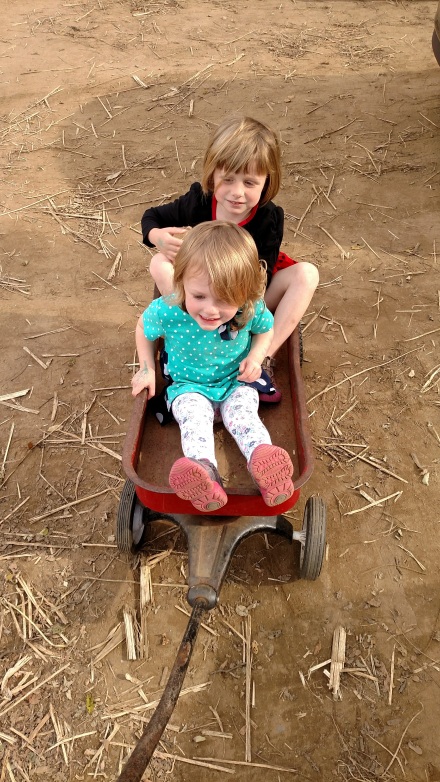 So when I read that Solomonov had a documentary about Israeli cuisine on Netflix, it zoomed to the top of our watch list. (Yes, even over the new season of Crazy Ex-Girlfriend; don’t worry, we’re caught up.) But the documentary, In Search of Israeli Food, is Solomonov’s very personal tour of Israeli cuisine. He visits some of the big chefs, farmers, and producers in Israeli food now. It also had a fair amount about the history of Israeli food, which we found fascinating.

One of the debates among the talking heads near the beginning of the movie was, is there even such a thing as an Israeli cuisine? The country, after all, is only 65 years old, and over that time it’s been melding together the existing cuisines of the region with everything that the Jewish diaspora brought back as they migrated there: from Sephardi nations like Iraq, Syria, Turkey and Yemen to Ashkenazi Central and Eastern Europe.

The film does a good job of covering all these different strands, although we detected a preference for super-local approach of the chefs featured early in the documentary. But having eaten at Solomonov’s restaurants, it was very interesting to see the original influences that he is referring back to.

There’s a great scene where Solomonov visits an established Israeli chef at home, who starts charring an eggplant on a burner almost as soon they come into his kitchen. “It seems like so many Israeli recipes start with a burnt eggplant,” Solomonov quips.

Which brings us to this week’s recipe: I think I have finally created the creamy baba ganoush of my dreams, I think you still know what I’m talking about. Smoky, creamy, thick with tahini, it’s all there, and it’s exciting for me considering I’m still not happy with my hummus. The source is Gil Marks, considered by many to be the godfather of the history of Jewish cooking. When we lived in Boston, Marks gave a lecture at our synagogue and I missed it. Not more than a year later he passed away. One of my biggest regrets is not going to hear him talk.

My favorite baba of all time was sold at a place at 69th and Jewel in Queens, and this is as close as I’ve come in my home kitchen to making it. It’s a far cry from when I tried making it in my parents’ kitchen when I was 12 years old. I added 6 heads of garlic, rather than 6 cloves.

This version takes a while, but nearly all of it is hands-off time. You have to roast the eggplants for a good chunk of time in a hot, hot oven, and then you have to drain the flesh in a colander for another half hour. I tend to steam roast some beets while I do the eggplant. That way I feel accomplished while having done very little.

About this recipe: Marks explains the Indian eggplant was introduced the Middle East by the Persians about 4th Century CE. It then traveled through Europe into Russia and Ukraine. Versions of this eggplant salad also have made their way into ikra (vegetable caviar in the Baltics), salata batinjan and caviar d’aubergines (eggplant cavier) in the Middle East. They are common from India to Morocco. The most famous variation is the Lebanese baba ghanouj – baba is the Arabic word for “Father” as well as a term of endearment; ghanouj means “indulged.” (And who isn’t thinking about Skinny Legs and All right now?) I borrow the tahini from this version and add it to the Israeli version, and it makes me so happy.

We’re still getting eggplants in our weekly CSA and I can’t stop making this dish. Ours are small, so I usually roast four at a time, rather than the two that Marks calls for. I suggest making this, finding some good pita, and snacking on it while you watch the Solomonov documentary.

Israeli Eggplant Spread (Salat Chatzilim) from Gil Marks’ Olive Trees and Honey: A Treasury of Vegetarian Recipes from Jewish Communities Around the World

Roast the eggplant by placing them on a baking sheet and slide them into a preheated 400F oven until very tender, about 50 minutes. Let stand long enough so that you can handle. Peel the eggplant, being careful not to leave any skin. Place in a colander and let drain for about 30 minutes. Coarsely chop on a cutting board; do not puree.

Using the tip of a heavy knife or with a mortar and pestle, mash the garlic and salt into a paste. In a medium bowl combine all the ingredients. Let stand at room temperature to allow the flavors to meld, or refrigerate for up to 3 days. Serve at room temperature or slightly chilled.