Back in the early 90s, in between her gig as the Easter Bunny and selling Madame Alexander dolls at FAO Schwartz, Sylvie worked at a green grocer in Brighton Center. Johnny’s is still around. It’s small, just a touch bigger than a walk-in-closet. It’s cash only, but if you’re a regular they’ll put your name on the wall and you can pay once you get your paycheck. 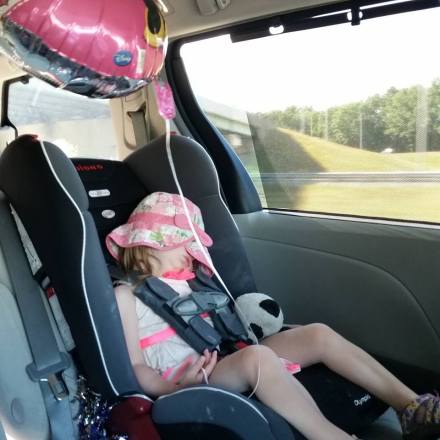 And almost every day that Sylvie worked there, little Italian grandmothers, wearing kerchiefs knotted at their necks, would come in and buy heads of cauliflower. Every. Single. Day. After a while, Sylvie’s curiosity got the best of her – I mean how much cauliflower can one person eat? So she asked them what they were doing with all the cauliflower.

“Ah,” they replied. “We’ll tell you what to do.” First thing was to break the head into florets. Next, toss the florets with olive oil and salt, and put in a roasting pan. And, here’s where it get special: Take a sheet of tin foil, and tent it over the pan. Slide it into a hot oven, and about half way through, remove the tent and keep on roasting for another 25 to 35 minutes. When the white florets turn golden, and then a deep mahogany, remove the pan from the oven. Some of the women liked to sprinkle cheese on top and put the foil back on to help everything melt. Others ate it as is.

Sylvie taught me how to make the cauliflower at some point. Over time I made it my own. Instead of tenting the foil, I take a big sheet and cover the pan (I tend to use a lasagna pan) and pinch it over the sides, so the florets are still steamed for the first step. (I actually now use this trick with most root vegetables I roast.) I forgo the cheese and often eat it plain. And sometimes I toss the browned florets with small, briny capers and sweet gold raisins.

Here’s the thing about roasted cauliflower, and this recipe, in particular: It doesn’t make to the table. I guarantee you’ll remove your pan from the oven, have a floret to test how things turned out, and you will then continue to eat the entire pan while standing at the stovetop. It happens Every. Single. Time. I make this dish. Last week I ate three heads of cauliflower. In the process of writing this blog post, I ate another head. I have one more head in the fridge – there seemed to be a glut of cauliflower recently, so heads have been two for $3 in every market I’ve been to in the past week. I really hope to make the final, and fifth head, for Rich. It will be tricky, but I don’t think he’s ever had this dish — kind of like the eggplant salad he still doesn’t know about.

I doubled the recipe to see how things would turn out, dividing the florets between two pans and alternating racks and rotating them in the oven. Honestly, this recipe works best with just one head and pan on the middle rack. Of course, nowadays you can buy a package of cauliflower florets already broken up. I think I’d be doing that as well if the whole head hasn’t been so reasonably priced. Preparing the cauliflower is much less daunting than it seems. Rip off the green leaves, then take a large knife and cut away the thick stalk. The cauliflower is then easy to break up into florets.

I tried to measure all the ingredients when I roasted the fourth head last week. My suggestion is to use your best judgement. You want to coat the florets with olive oil and give it all a good toss with a pinch of salt. If three tablespoons seems like too little or too much, add or reduce accordingly.

One other small detail: I like to prep my aluminum foil before I start preparing the cauliflower. That way I won’t be digging in the drawer with salty, oily hands.

1 head or 1 bag of cauliflower, cut into florets

If you’re using the golden raisins and capers

Up to 1 Tablespoon golden raisins

Up to 3 teaspoons capers, depending on which size you use

In a large bowl, toss the cauliflower florets with the olive oil and kosher salt

Pour the florets into a lasagna pan or something of similar size, with sides

Lay the tin foil on top of the pan, pinching the foil over the sides of the pan, nice and snug

Place on the middle rack of the hot oven

About 35 or so minutes in, carefully remove the foil and slide the pan back into the hot oven

This final roast should take about 35 minutes. Every 15 minutes or so, stir the cauliflower with a wooden spoon. You’ll know it’s done when all the florets are soft and come apart easily when poked with the wooden spoon. The tops of the florets will be deep brown.

Remove from oven. If you are using the capers and the raisins, pour those into the pan and give everything a good stir.

Taste one small piece. Continue to eat the entire pan standing at the stovetop.

3 thoughts on “It Won’t Make it to the Table”

There was an error retrieving images from Instagram. An attempt will be remade in a few minutes.